Books: the 'irritate the Hell out of me' top 5 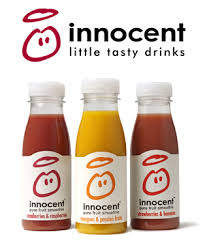 Cookbooks that seem to assume that the reader is brain damaged
‘HUNGRY?’ asks the ‘Recipes by Innocent’ book as you open it up. ‘The Innocent recipe book… for filling your family with good stuff.’
There are books that inspire, books that educate. There are books that herald the imminent end of civilization. Into this latter category must be placed Recipes by Innocent by the bottled Smoothie people, a fluffy, cutesy, wutesy gloop of smileys and stick-drawings which appears to have been written for cooks who have very recently learnt to use the alphabet.

‘We’re Innocent,’ it explains, ‘and we make stuff that tastes good.’
It actually gets worse as you go on. At its best it’s like being taught how to make cupcakes by Beatrix Potter; at its worse it’s like self-harming with bake mix.
There’s even a chapter called ‘Bear Food’ accompanied by cute, dainty Winnie The Pooh illustrations of various kinds of bears enjoying the Innocent recipes. ‘Some bears are big,’ it tells us, ‘some bears are small.’
If ever Soviet Realism had done cookbooks this is what it might have looked like.

‘Neuro-Science’ books
Many-layered insights into human behavior – love, sex, philosophy, choice of political party – asserted with total confidence from the observation that when you stick people in a laboratory and show them stimulating pictures a portion of their brain becomes slightly brighter.

"Literary" novels with words like 'awakening' in the title and a picture of a sodding meadow or something on the cover
So serious and profound you'd think that a fucking pressed flower was going to fall out when you opened the first page.


Girl-hating books written by girls
In ‘Beat The Bitch’ (How to Stop the Other Woman Stealing Your Man), author Tess Stimson, a sort of Bear Grills in a miniskirt, reverses about five hundred years of feminism with all the charm and sensitivity of a female terminator unsheathing a strap-on.

‘Somewhere out there,’ she warns us, ‘a scheming Bitch who can’t be bothered to train her own man to put the seat back down has set her sights on yours.’
A sort of malevolent femi-bot from Planet Misogyny intent on extinguishing all available sexual competition with a flamethrower, you start to wonder for Tess’s sanity as the book goes on. ‘Thumping the shit out of a punchbag while imagining the Bitch’s face pasted onto it,’ she says on page 144, ‘will make you feel one hell of a lot better about life.’
‘There’s an old saying that goes men need only four things in life,’ she concludes. ‘Food, shelter, pussy – and new pussy.’
Women burnt their bras in the sixties so that this could happen. 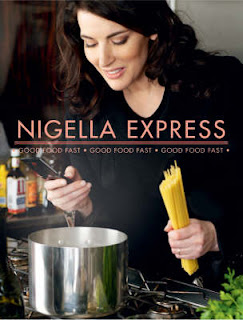 ‘Posh woman’ cookbooks
Astoundingly stylish recipes for meals that cost £2,485 to make intended to be consumed by tumbler-clinking shitbags in their retro-fitted cubist prisons.
‘Now some might just rustle this up on the hob, but I prefer to fire up the low-emmision charcoal-stove we erected beside our recent barn extension…’
Posted by Dale Lately at 03:13