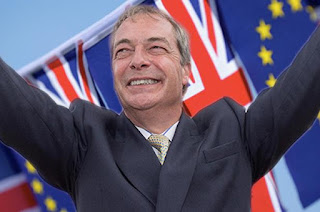 Sources close to Whitehall have suggested that the government will be seeking extradition of a man with dangerous extremist views.

Although he has lived in the UK for some time, the extremist bears a foreign surname, claims ancestry among migrant populations, and has worked for decades alongside various other extremists in Europe to destabilise British society.

He cannot be named.

Reports suggest that the extremist’s dangerous rhetoric has caused deep divisions in society and may be responsible for the loss of thousands of jobs, a rise in violent crime and the possible collapse of the entire economy.

“ISIS themselves couldn’t have done a better job of wrecking the nation,” one source close to Westminster said.

Rumours suggest the extremist will be strongly encouraged to seek refuge elsewhere, and may be able to find work in America.

“We’re not racists, we just think there’s a place for a sensible discussion about emigration,” said a spokesperson from the Home Office. “Specifically, this man’s emigration.”