Jobless? All you need is pluck, aspiration and a Channel 4 Production crew 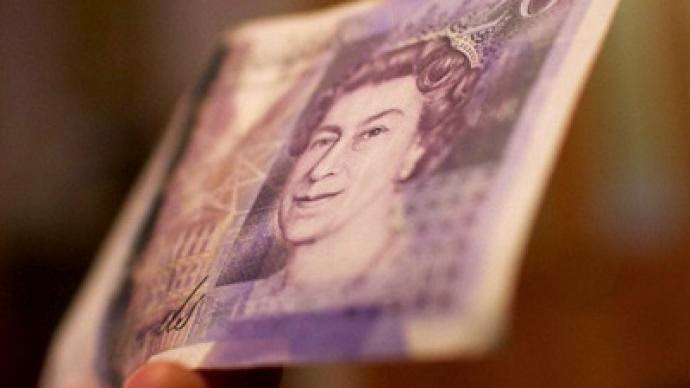 The Fairy Jobmother told you more about coalition Britain than an entire binder full of Hard Working Families conference quotes. The claimants were portrayed either as shiftless work-shy scroungers or heartbroken Dickensian poor, while Hayley strode around around in spiky post-Apprentice businesswear, like the wife of a Gestapo commandant doing a photoshoot for Zara, breathing Business Studies slanguage from the very pores of her skin. You’re not looking for a job - you’re “seeking career opportunities”. You’re not pawning your left toenail to buy your child’s Poundstretcher Christmas gift, you’re “problem-solving your way through a new challenge”. Hayley could rebrand a drunken piss against a wall as a challenging urine disposal scenario.

For me the real hero was Dave, a pudgy, human swearword on a sofa whose get up and go had long ago got up and gone. I half wondered whether Dave was actually real or a breathtakingly convincing CGI creation co-funded by Cameron’s government and the Daily Mail, so stubborn was he in his refusal to be “improved”. Unsurprisingly, Hayley didn’t have much luck with Dave. “I’m hoping Dave moves forward with his negative feedback and takes it all on board,” she tutted, as they got the No-Call from a prospective employer over a job application. The only thing I could see Dave moving forward that evening would be the rest of his Tandoori.

But here’s why the show said so much about our times, in the way that earlier narrative masterpieces like Oliver Twist or People of the Abyss said so much about theirs. Because what was strangest about The Fairy Jobmother was that it wasn’t really about jobs at all. None of her flock of The Saved were actually trained for anything. There was no teaching, no skills imparted; you didn’t actually have to know how to do a job or any of that boring stuff to get one. The only currency here was “motivation” – which was raised via inspirational sequences like standing in the middle of a rainy street singing to passersby because it's, like, you know, empowering.

What could say more about modern Britain. In an age where jobs have been downsized, automated and deskilled to the point where they bore even the robots, this is what's left: a sea of infoshite edutainment, buried beneath the hollow language of aspiration. Why actually train for anything in this age, when it’s immaterial finance that makes money rather than the ability to tune an engine? Why blame joblessness on the lack of jobs when you can enlist some self-help snake oil to "motivate everybody"? Why expect to ever get paid more than survival wages when you'll probably be priced out of your city to make way for essential core services like PR specialists or hedge fund managers?

Once upon a time Victorian Temperance Societies campaigned to “save” the poor by closing their pubs down; now, in our more caring times, they just put them on a reality show and film them mopping the toilets of the local multiplex. This is social justice via Paul McKenna – all you need’s a bit of faith, and a TV crew and you too can realise your dreams. Just so long as your dreams pay £6.08 per hour.

“How do you feel, Ellen?” the beaming Hayley asked a single mother on landing her a dream position at Iceland stocking the frozen peas. “I’m lost for words,” the Chosen One breathed. Then the Fairy Godmother sat down with the rest of them and discussed structural unemployment as the major cause of social inequality. Guess which part of that isn’t true.
Posted by Dale Lately at 08:24