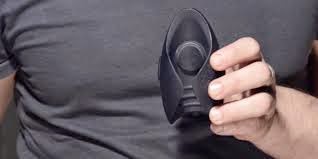 Call me finicky, but I hate losing my guybrator. Maybe it fell out of my manbag along with my guyliner when I was dancing to bro-step. Dude food in front of a dick flick tonight anyone?

Some choice selections from the “dick-tionary of portMANteau words”, a compendium of irritating prefixes for Generation X-Box and the age of the bromance. While the tedious onslaught of mangluage (hey!) has crop-sprayed a load of aftershave over the dictionary, there’s one neologism I haven’t heard anywhere. It’s not a very good word, admittedly. In fact it’s downright annoying. But it also encompasses an important concept. That’s right: I want to stake out my pitch as a meminist.

All in a word

“That’s ridiculous,” said a friend, as I explained my idea about meminism. “Why do you need a separate word for it? It’s fine if you want to be a feminist.”

“I know, but some feminists wouldn’t take me seriously if I said I was a feminist,” I replied.

“You don’t speak for all feminists,” I said. “I hoped if I called myself a meminist at least it would show some level of self-effacing irony.”

She just rolled her eyes and turned her attention back to the steering wheel.

We live at a time when intersectionality – the idea that feminism should speak across different groups – has never been more at the forefront of debate. Caitlin Moran’s “couldn’t give a shit” tweet about the lack of black people in Girls sparked off robust debate about how far populist feminism can be inclusive towards women marginalised for other reasons. Half a century on from the time these kinds of identity politics first surfaced, the questions seem no closer to being answered: how can a single movement successfully speak for everybody? How far should a mainstream audience be courted when that mainstream audience is part of the problem? And is Caitlin Moran allowed to be funny?

I can’t answer any of these questions, but I do know one group who could make valuable contributions to feminism despite their gender: men. While the world’s still an overwhelmingly sexist place, move in certain circles and one might be surprised at the number of men whose opinions are, in everything but name perhaps, feminist. Believe in absolute equality? Check. Happy to have a female boss? Check. Furious about harrassment, rape and trafficking? Check. Think that chicklit’s better than dicklit if it’s Caitlin Moran doing it rather than Tony Parsons? Well, I do at any rate.

Just because men are not ourselves the object of misogyny, why wouldn’t misogyny anger them? Why wouldn’t they be enraged that friends of theirs have been groped at work, leered at or turned into a three dimensional porn fantasy by wankers they went to bed with? That 130 million girls are estimated to have been genitally mutilated across Africa and Yemen alone? Or that female students don’t dare catch a night bus home, or that women are slutshamed online in the supposedly liberal west, or that only 7% of governments across the world are headed by women? Are men supposed to be indifferent about all this simply because they pee standing up?

The emergence of campaign groups such as Men Against Trafficking – nailing their colours to the mast as men standing up to misogyny – is a welcome sign of overt support for womens’ causes, but it’s at the everyday level where it’s down to us all to spread the cause of meminism further. And we do that by challenging attitudes on a daily basis. Teasing out old prejudices, sexist assumptions. It means sending men virals like Majorité Opprimée that show them how the world looks from the other side. It means getting them to think twice before they dismiss a writer as ‘chick lit’ simply because it’s written by a woman, and to challenge the publishers who insisted on putting the high heel on the front cover. It means getting them to recognise the girl in the Sun or the stripper in the club as the MBA student she might well be (female students account for 44 percent of the ‘sugar babies’ on favours-for-money website SeekingArrangement, who apparently receive $3,000 a month from their ‘sugar daddies’). It means getting HBO-hooked progressives to refrain from dismissing Girls as Cosmo fluff simply because it’s about girls, or dismissing a website like Jezebel as pink trivia and instead awarding it the same status as male-dominated new media startups like Vox or 538.
So let’s work together to create a world where people – female ones, male ones, black ones, gay ones, young ones, disabled ones – are treated as people, rather than as the sum of their preceding adjectives. When we don’t need to invent ‘man’ words for universal concepts and when we dig a grave for neologisms like ‘dude food’ and ‘guybrator’.  And when a word such as ‘meminism’ doesn’t need to exist, because the idea of feminism is assumed to be universal as language itself. That’s my magenda.