The Christmas Carol doesn’t make me think of the Nativity: it makes me think of Kermit the Frog as Bob Cratchit doing a tap-dance 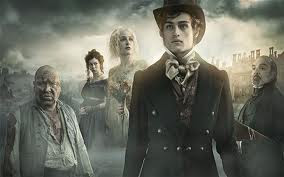 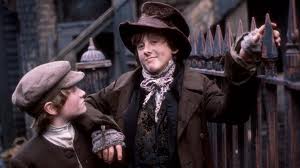 Yes! All up and down the country, the blissful, holy peace of Christmas morning is aflutter with the happy sound of gigantic flat-panels flickering to life and bringing Victorian sideburns and hansom cabs clattering into the living room… It’s Christmas; it’s yet another adaptation of Charles Dickens.
I tried reading a book by Charles Dickens a few years back. I advise against it. Dickens wrote over six hundred novels, each of which is twenty thousand pages long, and every single paragraph is couched in impossibly meandering, ornate thickets of narrative foliage. Sometimes it seems to take weeks just to reach the next full stop; the average Dickens sentence is longer than many modern short stories.
I've never understood the national love-affair with Dickens. The Angelic children and chaste maidens, the saintly paupers, the grasping social climbers – it all just feels so stagey, so hackneyed. Call that a character? I swear I’ve cut out figures from the back of Frosties packets with more psychological depth. I wonder if investing all the Dorrits' money in that precarious pyramid scheme is going to turn out well? Who could that mysterious, motherly old crone be who keeps coming to watch like a mother at the gates of the factory that belongs to the “orphaned” Thomas Gradgrind? It’s all about as surprising as a GPS update; so how can something so well-loved feel so howlingly obvious?
Well, there’s a very good reason: TV adaptations. In other words, the reason we feel like we've seen it all before is because… well, because we have seen it all before. If the twentieth century represented a sort of mass move towards literacy, then the twenty first heralds the rise of the post-literate culture, a world that’s moved beyond the book. Media has cycled and recycled the giants of literature into marketable (and profitable) cliché. The result is that we’ve encountered their motifs so frequently that it almost feels underwhelming when you come across them in print.
“What’s Scrooge doing in a book?” was what occurred to me, as I flicked disinterestedly through the Christmas Carol in Waterstones. He actually felt rather out of place there, as if he’d strayed off the screen from an ITV special and accidentally got left behind, presumably wishing he’d stayed in his trailer. Why would anyone read about Fagin when Fagin's currently co-starring with Danny Dyer on the West End? Or bother to churn their way through about nine hundred chapters of the saintly orphaned Nell when they can see the saintly orphaned Nell doing Celebrity Come Dine With Me?
In this sense, the adaptation has become more important than the work it’s based on. It would take a very high minded household to produce a young adult today who came to Dickens afresh; in fact, I’d say it’s almost impossible for someone born in the last few decades to approach the great writers except through adaptations. How many people recall Pride and Prejudice for its sensitive exploration of social propriety and familial bonds, against the ones who just remember Colin Firth jumping into a fishpond? Say ‘Dickens’ to most people and they don’t think of books, they think of fake snow and Bafta-alumni. In my case, A Christmas Carol doesn’t evoke the Nativity: it brings to mind Kermit the Frog tap-dancing to upbeat musical numbers as Bob Cratchit.
Not that any of this is particularly new of course. Humanity has always spent a significant part of its time rewriting its bygone sages. Shakespeare was ‘reinterpreted’ with rather astonishing results in the nineteenth century by various luminaries including Thomas Bowdler, who cut out all the nasty stuff for a family edition – effectively a pre-television age of editing for the watershed. Poet laureate Nathan Tate went even further and improved King Lear by giving it a much-needed  happy ending, an interpretation which seemed to go down well with Victorian audiences. In our own day the production line of recycled literary classics chugs away so fast that the adaptation is arguably a whole new genre in itself. A recent Wuthering Heights movie played like a cross between a German silent expressionist film and an extended episode of Emmadale; Nicholas Nickleby was combined with social commentary on abuses at elderly care homes. At this rate it can't be long before we see Bleak House presented in three minute story-bites acted out in text-speak by a group of hooded youths standing beneath a flashing T-Mobile sign to a backing track of pounding dubstep. Well, at least it’d give the Rada graduates some new dialogue to learn.
The result is that the Dickens industry acts as a sort of colossal ‘spoiler’ to anything he actually wrote: the staples of classic fiction feel familiar because we’ve already met them elsewhere. A post-literate society doesn't necessarily know more, but it is more knowing. So perhaps that’s why I groaned as I stumbled through yet another Dickens ‘revelation’ that was so obvious to me it might as well have been painted on the side of an articulated lorry and driven through the narrative crushing curiosity shops along the way. ‘You can’t seriously expect me to buy that,’ I gasped to myself: it was just so trite and hackneyed that it felt…
… Well, how shall I put it? For want of a better word, it felt positively Dickensian.
Posted by Dale Lately at 17:37