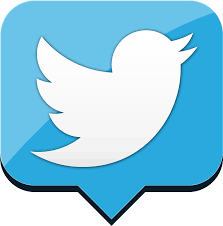 The most popular tweeter in the world is a 19 year old with 43,000,000 followers worldwide, or, to put it another way, four times the size of Belgium. He's the leader of a whole army of smartphone-squeezing addicts whose Tweet-reflexes are so well developed they might as well have their handsets surgically implanted. But unbeknownst to them, Twitter is actually shit, a monumental waste of time that has managed to convince an entire generation to spend hundreds of millions of man-hours a year trying to compress complex arguments into something short enough to write on the side of a stamp. Apart from an absurd terminology borrowed from the bird kingdom (am I the only one who feels faintly ridiculous to declare that I’m ‘tweeting’?) it’s also based on a bankrupt premise: that communication becomes better when its shortened to the point of incomprehensibility. As far as I can see at least half of Twitter posts read a bit like

… What? What the fuck are you talking about?

It doesn’t help that I am, needless to say, astoundingly unpopular on Twitter – as someone with strong opinions and very few friends, I write tweets that manage to be offensive to everybody and yet interesting to nobody. In fact I must be one of the rare people to actually lose followers by tweeting; the logical conclusion of it is that 95 people are prepared to click on a ‘Follow’ button in order to listen to me not saying anything.
But perhaps the weirdest side of Twitter is the way that in order to keep the whole thing running your account gets DDT-crop-sprayed with shitty, annoying promotions from mega-corporations pretending to be your chum. Take this one that mysteriously appeared in my feed from Virgin:

‏@Virgin
Just popping to the shop - anyone need anything?

Odd, isn’t it? How are you supposed to respond to that?
‘Yes,’ you think. ‘I do need a bit of milk, actually.’ But you know there wouldn’t be any point in saying that, would there? You couldn’t tweet

@dalelately
Yes – I need a bit of milk, actually.
Because it wouldn’t do any good, would it? Tweeting that would just land in the inbox of whatever robots Virgin have outsourced their marketing too. ‘@dalelately needs a bit of milk,’ they’d note, crunching the data through some sinister Googlecloud in order to waft a little bit more of the Matrix - as well as 764 paid-for ads for milk - in my direction.

Perhaps the worst thing about Twitter is that by using Twitter you become convinced, somehow, of the need to use Twitter. The result is a psychological “T-hole” where every single band, brand, writer, person, asshole, promoter, musician, cat, poet, idiot, businessman, businesswoman, prick, campaigner, journalist, novelist, activist, hacktivist, capitalist, metalist, mentalist and soft drink in the world convinces themselves that unless they tweet updates on their existence at least 417 times a day it will effectively stop.
‘Going to bed now,’ tweets your friend, urgently, as the clock nears midnight. ‘Up early tomorrow.’
Should you tweet back? What will your followers think?
‘Cloudy,’ tweets someone you know, importantly. ‘I think it might rain.’

Should you tweet back? It might rain. Should you tweet that? What if it doesn’t rain? And what will your followers think? What if they don’t like tweets about rain? The problem of course is that everyone is tweeting updates on their existence at least 417 times a day, so that your only option to stay ahead of the attention curve is to start tweeting four thousand times a day. At this point you begin to actually lose sensory awareness of reality because you’re commenting on it so often: your arm becomes a surgical blur assuming the shape of a smartphone, and the only truthful tweet you can send is

But of course you don’t even manage to send that, because you have to be following all the other 4 thousand tweets everyone else you know is posting, so you know what’s going on, although there’s nothing going on, because everyone is tweeting so much. Okay, it might form the backbone of a few revolutions or something, but basically, that’s Twitter. Shit, isn’t it? Let’s all tweet about that. Hashtag stopfuckingtweetingallthetime. My Twitter’s @dalelately. Follow me. Go on. Please. Follow me. Does anyone need any milk?