Let’s stop kidding ourselves: the only truly sustainable lifestyle option is to stop living 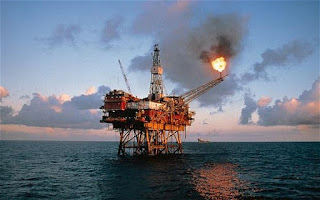 ‘Transport was a green priority and, fortunately, Fishers Farm Park were prepared to supply us with a Shire horse and antique hay wagon,’ one green-minded bride reports happily in a Guardian piece about ‘sustainable weddings’. ‘After the wedding I crushed the empty champagne bottles and put them in our kiln to make cheese plates.’
... Shire horse? Kiln?
I’m not resource hungry by western standards. I bike around, live in shared flats, eat mainly biscuits. I haven’t got as much a carbon footprint as a carbon tiptoe. So when I encounter the kind of smug landed gentry who spend their weekends rustling up vegan recipes on their five grand fitted kitchen, and then boast about it in a selfless, heroic way that suggests they're personally responsible for reversing climate change because they only buy free range – well, you know. I'm all for green, but green chic...

It’s easy to be sustainable, of course, when you have access to a large home and garden, and one or two cars, and money and time, and when you live in leafy hamlets that necessitate burning the annual carbon quota of Andorra just to drive to – the kind of ‘village’ filled with cottage industries who massage the guilt of middle class professionals by selling them artisan food and home-made crafts and allow them to indulge in the fantasy that they're a benign visitor from a Thomas Hardy novel. It’s hard to see how you could master anaerobic composting from a one bedroom tower block flat in Luton.
Still, it’s easy to see why ‘green guilt’ is a flourishing industry when you look at the examples we’re given.

Cameron and right-hand hit man George Osborn are ‘passionate’ about sustainable policy, which is why they've passionately refrained from putting any in place. Sure, some might carp on about what the Coalition has so far done to reduce carbon emissions (nothing, basically) or promote a move from nuclear to renewable energy (nothing, basically) or improve infrastructure for cyclists (nothing, basically) or support the green economy (nothing, basically) or sustain grants for people to insulate their homes (nothing, basically) or not try to sell off large tracts of Britain’s forests (nothing, basically) or curb unnecessary car use or shorthaul flights (nothing, basically) or try to live up the promise to be the ‘greenest government ever’ – nothing, basically.
But it doesn't matter. Because they know the secret, and the secret is this: it’s not about being green, it’s about seeming green.
Just look at the corporate sector. Thought multinationals were just rapacious leviathans bleeding the earth dry? Wrong – they have to respond to democratic pressure too. The major dirty industries have now all realised the error of their ways and done what they should have done long ago – invest staggering sums of money in expensive PR to make themselves look more sustainable. Who would have thought that Shell and BP and Exxon would turn out to be green! Well, they are. Not in the sense of ‘good for the environment’, perhaps – but ‘green’ in the sense of ‘our website and adverts sort of look green’.
‘Look,’ they could say. ‘Our adverts sort of look green.’
‘But that doesn’t mean you’re green,’ one might reply to them. ‘You’re still extracting oil from brutal regimes at staggering environmental cost to be  converted into polluting hydrocarbons.’
‘We are,’ they would reply. ‘Go and look at the website. It’s really green.’
‘Beyond Petroleum,’ breathes the renamed BP – an odd name, perhaps, for a company whose business is, however you look at it, petroleum. ‘Petroleum’ is what they should have called themselves, perhaps – as in ‘British Petroleum’. Still, go and look at the website. It’s really green.
It’s an example we can all learn from. Let’s face it, in environmental terms we’re all pretty much screwed – only this summer an entire United Kingdom’s worth of ice disappeared from the polar caps. Anyone who believes that installing a high efficiency lightbulb is going to save us from Eco-Geddon is indulging in a dreamy, planet-sized slab of self-denial, but at least we can make ourselves feel better about ourselves while we commit species suicide. The real challenge we have ahead of us is to learn to enjoy our plasma TVs and central heating in while telling ourselves we’re blameless because our house is built with 0.7% energy saving materials.
Think I'm being ironic? Then ask yourself how willing you are to give up hot showers, and Wi-Fi, and shorthaul flights, and your phone, and a fridge, and all the other million things that you're certainly not going to give up. The idea that we can continue to enjoy these things without staggering environmental cost and concomitant human suffering is a bit like the citizens of Atlantis throwing down a few sandbags to line their patios even as the waves begin to lap at their shore. As far as I can see the only sustainable lifestyle option is to stop living.
But at least we can bring the mood up a bit. Buy an organic turkey this Christmas. Buy some soap made with marginally less harmful products or a 'bag for life'. Treat yourself to a little greenwash. Watch Al Gore's film again, where the earth's environmental crisis is reduced to a slideshow on an Apple laptop, a laptop made, presumably, with sweatshop labour using precious semi-conductor metals mined in an African warzone. Watch that beautiful David Attenborough thing about the ocean again - transmitted to energy-burning plasma screens all across the country to remind us just how destructive all our energy burning and plasma screens are. Greenwash is such beautiful therapy. The planet's ****ed, but at least we can enjoy the closing ceremony.