After Armageddon only the spam will live on 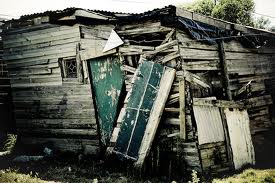 Linked up and plugged in: the wonders of the networked society

Forget nuclear war, just let the inboxes battle it out
There’s a thought experiment philosophers have posed called the Free Speech Booth. The hypothesis is this: to quell international concerns that it’s suppressing the right to free expression, a fascist dictatorship establishes small, sound-proof cubicles where citizens can rant as much seditious material as they like – provided that nobody ever hears them. Screaming in a vacuum, if you like.
I don’t know the consequences of this particular thought experiment, but I do know that ‘screaming in a vacuum’ sounds remarkably similar to my experience of setting up this “blog” a few years ago to promote myself as a writer. My “blog” – a stunningly successful experiment in national secrecy – was located several thousand miles up a winding gorge in the outer reaches of the internet and had all the virtual footfall of a moon crater in low season. You could have quite happily kept a few nuclear weapons codes there if you’d liked. In fact I was surprised MI5 never asked me.
‘You have to leave it for a while,’ a friend recommended. ‘You’ve got to sort of work at building up traffic.’
I did. I held my breath and counted to fifty. Then I sneaked back to see if anybody had looked at it.
You know that bit in The Blair Witch Project where the helpless kids finally stagger upon a hellish concrete bunker, hidden in a hillside a million miles from anywhere? Well, my blog page felt a bit like that: virtual door hanging off by its hinges; broken windows creaking in the wind; the occasional hyena calling out across the darkening plain.
Number of new visitors: zero.
It doesn’t take a genius to point out that the web is prone to oversaturation, that the problem with a medium where anyone can broadcast their thoughts to the entire planet is that you get, effectively, an entire planet attempting to broadcast their thoughts to the entire planet. It doesn’t take a genius to point out that this effectively is a form of censorship. Once upon a time dissident thought was buried beneath political repression. Now it’s buried away beneath three thousand other search results. It’s not the Gulag Archipelago, it’s the Google Archipelago. As a political mouthpiece, my blog carried roughly the same weight of free expression as would be achieved if I’d stood on an upside-down bucket beside a motorway junction and performed expressive dance to truck drivers as they roared past.
And yet people still ask.
‘Have you got a blog?’
‘Sort of,’ I reply.
‘You need to have a blog, Dale,’ they’ll tell me, cheerfully, as if to suggest that Dostoyevsky might have made a half decent writer if only he’d had a blog.
The weird thing is that I actually do have one now, relaunching myself onto the ‘scene’ with www.thetravellingsarcastic.blogspot.co.uk, a cheery road trip around Britain with all the feel-good factor of a smack in the face and a nine hour wait at Watford services. And, yes, I've bragged about my blog. Or rather blogged about my blog. But at least I have the decency to loathe myself for it. Ultimately I'm just another creative-on-the-make striding around with a virtual megaphone broadcasting my output, lost in a relentless spew of glib self-promotion. But this is what the web does to us. Here, for example, is the latest email from a former friend of mine who despite requests to stop, repeatedly spams me about his astonishingly rubbish “comedy” projects:

Hi there    Dale!!!
What are you doing tonight? Staying in? NO!!! Tonight I'm part of a superb improv team the Googly Gumdrops A “riotously dangerous improv comedy” when two mighty teams of warriors take to the stage to prove!!!!!!!!! Come along and let yourself in for a crazy night of Ticket £7  http://www.ticketweb.co.uk/user/ fun and hilarious chaos as £6 concessions ?region=gb_london&query=detail&...

I contemplated the email in fascination, trying to work out just how much lower I’d have to sink to want to pay six pounds to watch someone almost as unfunny as I am performing to silence and embarrassed coughs in front of a nearly empty audience. Kidney dialysis? Evening in intensive care with a stomach pump for company?
Still, maybe it's just a new way of life. Middle class creative wannabes don’t scam one another, they spam one another. Every time my friend organises another rubbish comedy night his automated server spams my automated server – which has been set to deliver his endless messages straight to my bin. Conversely, whenever I send out rubbish bits of writing such as this one, my automated server spams his automated server, which, I assume, has been set to deliver my message straight to his bin. It occurs to me that this is a bold new vision of communication in the future: no actual conversation, just spam chasing spam. Let the recycle bins sort it all out.
So, to get back to the beginning, I know all about the Free Speech Booth. In fact these days I pretty much am the Free Speech Booth: a human sized quarantine zone. If political philosophers really want to establish a sound-proof bubble for people to scream out their thoughts while utterly ignored by everybody else, they don’t need to cast around for an underground Samizdat – they just need to start a blog on Wordpress. And then email a link to it to all their friends. There’s so much Free Speech around nobody’ll ever even notice they’re there.
Posted by Dale Lately at 09:24