The Olympics from Half a Mile Away 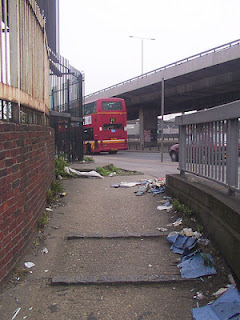 The joys of the Olympic experience, Newham style