Coronavirus and the Capital 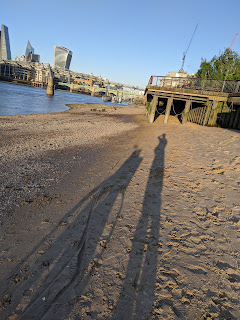 To celebrate my birthday – and having grown older than I was frankly comfortable with – I decided to break quarantine and take a train down to the capital to walk among old memories. I was one of perhaps nine or ten passengers on a train with seven carriages. Although I enjoyed the quietness of the quiet coach (which was so quiet that I was seized with the desire to play films and music as loudly as I could) I couldn’t help wondering at the logic of Avanti rail spending huge amounts of money and energy to transport a mere handful of us several hundred miles southwards. When I rose to purchase a coffee at the cafe, the man serving me looked astonished to see another living human.

Euston Station was festooned with signs telling me to go home again. Pushing on, I emerged into a whisper-quiet capital on a glorious Spring Day – clean blue skies and a pan-scouring wind – and cycled east. London’s silence was by no means universal. At Broadway Market, in newly-gentrified Hackney, thousands of affluent and stylish people had gathered to self-isolate among the falafel shops and porcelain boutiques. So many people were self-isolating here in fact that it was hard to move. A little further east, along the road to Cambridge Heath, a patient queue had gathered outside a shop selling deluxe paint. 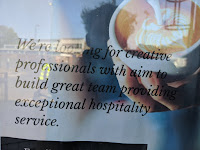 I cycled north to re-explore the haunts of my early twenties, now under quarantine conditions. Far from a dewy-eyed trip down a path of golden memories, my return generally reminded me how awful it had all been. I was slightly saddened, for some reason, to find that the old greasy spoon in the Underground station I’d occasionally frequented – a greasy spoon that really had earned its name – had now become an upmarket cafe. They had evidently been advertising for staff before the lockdown, and it was interesting to speculate how ‘creativity’ really helped someone serve hot beverages in a cafe environment, but I wished them well for the rocky road ahead. 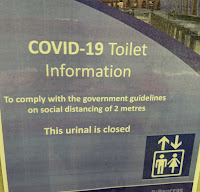 With the continent quarantined, and very few trains, staff or announcements, St. Pancras International was mainly reduced to being the country’s most expensive and majestic public toilet. Interestingly, even by this standard it had partially failed, as many of the urinals had apparently been cancelled by the government. Such injunctions raised fascinating questions: how exactly could a single urinal be ‘closed’? I resisted the temptation to experiment. 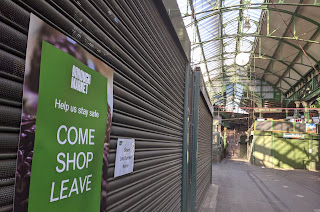 I reached the market at Borough amidst lengthening shadows. Here a rather passive-aggressive poster campaign graced the walls of stalls that had lapsed into late-evening silence. What was London if it was shorn of human interaction? If daily life was to be reduced to sombre economic transactions, was it still a ‘city’ at all?

Pushing into the depths of the market canopy, I was oddly reminded of the interior of an old pier long abandoned to the elements. Evening sun danced on rust. I couldn't escape the impression I was uncovering a lost civilization that had teetered and finally fallen – a once mighty world that resided on a river first colonized by the Romans 2,000 years ago. 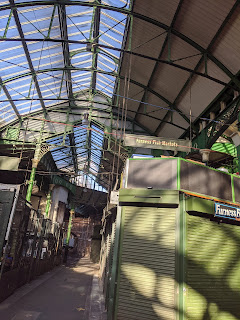 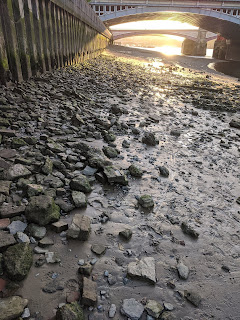 Further west along the southern shores of the Thames the sky erupted into flame as a dying sun devoured the river. I was reminded of a poem by Wordsworth, but found it difficult to recall it in any detail, because an extremely insistent car alarm had gone off somewhere around Blackfriars.

Fighting darkness now, I took a pathetically trite photo at Westminster Bridge – so recently the locus of terror attacks, environmental protests, and now the locus of nothing at all – and pushed on into a West End so dark and still that I fancied nothing like it had been seen since the blackouts of World War II. A single gaggle of rough sleepers guarded the mouth of Leicester Square underground station. Antique bookshops frowned over police vans as they purred up and down a deserted Charing Cross Road. 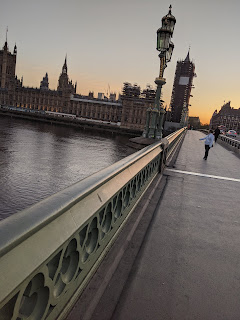 Nearing Covent Garden I could make out the scrape of a single security guard’s shoe as it echoed across the flagstones. I found a secret delight in the silence. Part of me wanted to stand in the middle of the street and practice Yoga, or close my eyes and meditate. A romantic couple wandered hand in hand around the piazza and gazed at the plants displayed down the colonnade, their leaves set free by the wind, in a marketplace that glowed with illicit light.

I wove northward, finding strange little alleys colonized by wealthy boutique stores, where displays of pointillist mirrors and glass were accompanied by the burble of recorded music seeping out from in-store alarm systems. A mother and a daughter were – for some reason – traipsing through the alleys. Their footsteps felt deafening. After they’d passed, I stopped for a moment to enjoy the peace. I realised I’d never actually listened to the city before. The night hummed with new nocturnal symphonies: car alarms, siren flutter. 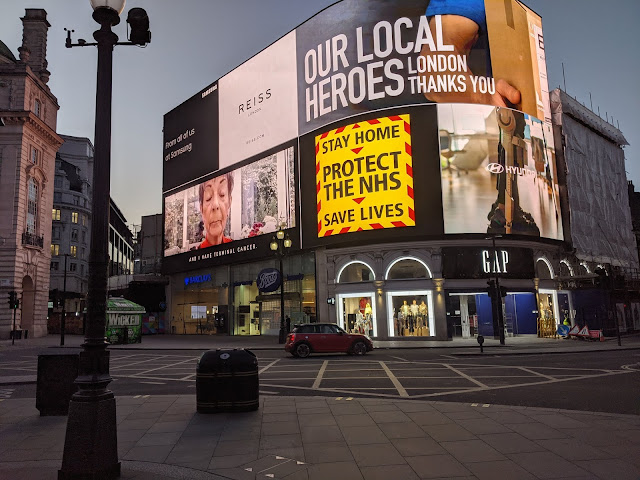 I slunk back furtively for my evening train, feeling, in some way, like a fugitive. Less than a handful of people were heading back north with me. The sky outside was now pitch black and the wind had become savage. Nobody checked my ticket.