Reassuringly shitty: where did the London I knew disappear to? 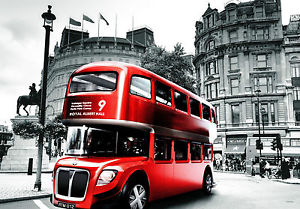 Something interesting struck me while watching the charming and inventive film London (1994). Essentially it's a weary love letter to a city in decline, blighted by post-industrial entropy and decades of Conservative rule.
But it's also a utopian fantasy - about a city that could exist.
I once remember the writer Geoff Dyer saying he moved to Paris because London in the 1990s didn't have a café culture. How could you be a writer if the best part of the job - sitting around drinking coffee and pretending to work - was forced to take place in a greasy spoon?
I know what he means. Every writer needs a good café to be pretentious in. Ask J.K. Rowling. And the director of London seems to agree. Patrick Kieller’s interweaving of Rimbaud, Baudelaire and the Parisian demi-monde in his love/hate letter to London reflects a wish for precisely that kind of cafe cosmopolis. One where poets and bankers live cheek-by-jowl, where contemporary art hangs in cafes, where buildings shine afresh from beneath their tarnished veneers.
Believe it or not, all that still felt very far away in the early '90s.
Fast forward a quarter century. Now you can buy a flat white on practically every street but have to travel miles to get a mop or a toilet brush. London’s a city where the kebab shops are being lost among the cappucinos, a city of "food deserts" and pop-up galleries where the template shitty London neighbourhood I used to love - a gritty street with mixed shops and stalls and fag-ends and drizzle - is fast disappearing in a fog of funky art and espresso steam.
I moved to London in 2000 and I know it well. But returning I barely recognise the place. Hackney? Brixton? Camberwell? The idea that these would be des-res boroughs would have seemed like satire at the start of the century. I still have to pinch myself to believe it.
Now decline and dilapidation are a rare commodity in the centre, pushed to the Zone 5 edgelands and beyond. In fact decline and dilapidation are rare enough to be fetishized in their own right; an endless succession of scruffwashed warehouse bars and gritty outdoor BBQs have repackaged grit as a designer commodity for the urban middle classes. Now bars lay out floor-pallets and hang art on their walls in areas where the artists disappeared long ago. The poets and painters, needless to say, can no longer afford the rents.
So, then, Kieller and Dyer got their wish. London’s a true cafe cosmopolis, and a much cleaner and less smoky one. But I find myself wishing for the tarnished, dingy city of the film. I used to love that city. Not despite the fact that it felt shitty but because of it. It was a city where houses and rents were still just about affordable, where drifters and losers like me could survive, where grime and grit were part of the fabric of the city rather than just a marketing commodity.
As elsewhere, the dream of a more liberated culture became a template for turbo-gentrification. Did visionaries like Patrick Kieller precipitate the end? Can you kill utopia by simply wishing too hard for it?
Posted by Dale Lately at 07:16