“Creative economy”? Sounds like some creative bullshit to me 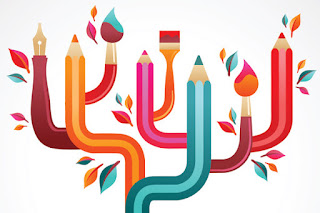 If you want to listen to new music, then support the artist. Who would argue with that? It’s the plea that’s been made by musicians since the onset of the digital revolution, and it was the theme of Jay-Z’s press announcement to the New York Times when he launched the “artist-owned” streaming service Tidal in 2014. An attempt by sixteen celebrity stakeholders to challenge the likes of Spotify and Pandora and restore some dignity into the streaming market, the platform claimed to charge the consumer higher fees in order to return more to the musician (75% of revenues go back to the industry in comparison to the usual 50%). Sounds good – right?

Sure. But clasp your branded headphones on tighter and you might have noticed  something a little odd about the mood music. Listen to the phrases bandied around: “come together”; “mission”; “change the status quo”. This is the kind of language you’d expect in a DIY band, a non-profit workshop. The celebrities involved must themselves owe repeat fees on the number of times they’ve spat some permutation of the words “artist owned” – as if to vaguely suggest that Tidal is a grassroots venture, something of the people and for the people, a kind of artistic co-op.


Ah, but wait – like United Artists last century, Tidal was actually a company launched by multi-millionaires with massive industry clout who’ve come together to get a better deal for themselves (this time with some unseemly bleating about how their vast fortunes are being eroded by streaming sites). The only real sharing involved takes place amongst the “creative 1%” – the same kind of “sharing” that occurs between the respective partners of a megacorp merger as they divvy up stock options. You’d have to work hard to spin that as a co-op.


What the blurb around Tidal really represented was a particularly modern trend: wrapping up “creativity” in the language of community and collaboration, so that, all too often,  nobody looks too hard at the hard economics. Especially at the thorniest issue of all –  payment.


Attempt a career in the creative industries, and you will often encounter this inclusive, utopian language, often in the context of explaining why it’s impossible to pay you. Invitations to forgo payment in order to “get valuable experience”. Invitations to lend your time because it would “look great on your CV”. Apologies for lack of compensation mitigated with a promise to profit-share at a later date. You, the creative one, are lucky enough to have the chance to express yourself and hone your craft; how could you possibly expect money for that?


This isn’t just restricted to creative workers – it’s the spirit of the shiny digital economy. Take the recent example of the Camden Town Brewery. Yes – shock horror – the CTB, a fledgling, for-the-love-of-it startup just half a decade ago, has done so well that it’s now being sold off to a major. The sum, as you may have guessed, is no small beer.


There’s nothing all that unusual about majors swallowing up minnows of course – and nothing unusual about plucky startup entrepreneurs suddenly finding themselves rich. It’s the spirit of our age after all. But there’s an added twist to this one. Camden Town Brewery may have made great craft beer, but they had more than a little help along the way.


“We think there’s a real appetite for a company that can grow while staying true to its roots,” the company said on the pitch for its 2014 crowdfunding campaign, which included a zippy video hosted on Crowdcube. “There’s something special about drinking great beer here that originated in Camden.”


Keep it local, do something for the community – this was a David vs Goliath campaign that appealed to the Little Guy in the face of all the nasty corporates. And it worked: CBT would smash their total and go on to raise £2.75 million. Hooray for community spirit!


So it was perhaps a little bit of a surprise to the people who helped fund the company’s growth that CTB has turned round and used that growth to help sell out to a rather less community-minded outfit: drinks global megacorp Anheuser-Busch InBev. David might have thrown a few rocks at Goliath, but the hostilities are apparently over. Now they’re having dinner together.


It’s not the first time a crowdfunding campaign premised on beating the faceless corporates ended up joining those very same faceless corporates once the chequebook came out. But the CTB sale is interesting because it tells us about something more than just crowdfunding. It’s an example of a growing trend: to employ the language of creativity, community and collaboration to give a more caring sheen to the profit motive. And that's something common to both companies and individuals alike.


Take the example of "Queen of crowdfunding" Amanda Palmer, singer/writer/networker/whatever and all-round "creative". Back in 2012 Palmer appealed to her fans to help fund an album. On the face of it this seems fair enough: in a world determined to get music for free, it seems only reasonable for musicians to monetize in other ways. Palmer smashed her target and went on to raise over $1 million from her backers, releasing her album and setting off on tour. Thanks, community! One thing though: the million dollars wouldn’t actually go on anything as prosaic as actually paying guest musicians. It had apparently all gone on “airfare, mailing costs, and personal debt”. Palmer may have turned community spirit into her own handy loan repayments, but the musicians invited would be getting paid in hugs.


“I’ll feed you beer, hug/high-five you up and down (pick your poison), give you merch, and thank you mightily,” she chirped on her website as she attempted to crowdsource a little free labour – or rather artists sufficiently motivated by community spirit that they were prepared to work for free. Because after all, isn’t that what artists do these days?


But if we step back from all the rhapsodizing about caring and sharing, it’s worth remembering that after a decade of leveraging online peer-to-peer communities, today’s creative economy is a place of punishing inequality. Crowdfunded or no, most musicians earn a pittance from their recordings. Writer incomes have collapsed to “abject” levels; unpaid e-authors report tweeting while writing and rising at dawn to promote themselves on social media before their paid job. Many creatives find themselves increasingly burned out by the demands of marketing themselves; one prize-winning author in search of a way to fund his book recently offered to sell his own blood.


We should beware words like “community” and “artist owned” when they come up in business contexts. In our mediated age, they’re the verbal window-dressing of the moneymaking process – a handy way to airbrush personal gain. That’s how a private craft beer company can justify making millions from a product part funded by donors; how Tidal can call itself “a place for connection between artists and fans” that “promotes the health and sustainability of our art”. The idea of crowdfunding was that it would unleash the creativity of artists and innovators; to pay the way for creative work in a world that’s bypassed paywalls. But spinning business-as-usual as community collaboration? That is creative.
Posted by Dale Lately at 05:19