Who says literature’s dead when masterpieces like “Penis Pokey” are still being published? 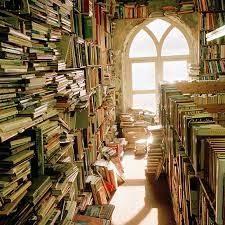 “Books: like a movie, but happening inside your head,” runs the staff note in Waterstones – a motto for a media-hungry post-literate world that's just too busy for books. Look around you and the writing’s on the iWall: buses swipewashed with faces lost in screens; the Äppärät-touting teens of “Super Sad True Love Story”; novels sold for a quid in Tesco’s. I got my nephew a book for Christmas, but he couldn’t work out where to plug it in… Don’t laugh: the first generation is now being born that will grow up with formative memories of the iPotty.
But who says the book’s dead? True, the bottom’s falling out of the fiction market, and true, writers earn less than they ever did – which is a bit like saying that street beggars have taken a painful hit in their incomes – and yes, those of us who still care will no doubt be stepping over the rubble of Waterstones and Blackwells before long, grasping for fire-sale trophies like hungry survivors of the Fall. But from these ashes a new phoenix is rising. We’re on the threshold of a new age for fiction. Bit by bit, illustrious new homes are appearing for books.
Take my local PoundStretcher for example, keeping literature alive with celebrated titles like “100% Unofficial Jedward” and “Shoot! The Ultimate Football Activity Book”. Take the arena-sized supermarket near me, whose bargain bin throws up gems such as “Carol Vorderman’s Sudoku DVD Game”; “The Crossword Puzzle Flip Pad (Find the answers on the flip side!)”, or my favourite, the cryptic, gnomically titled “Pasta”.
Or take that bastion of artistic standards, Urban Outfitters. Today, such an August institution (it may soon be the most prestigious physical bookshop left standing) exudes the musty fumes of literary excellence. From the erudite “Slam Kicks: Basketball sneakers that changed the game” to the richly textured “How to Make Your Cat an Internet Celebrity”; from the ribald “Penis Pokey” (a book with a hole to poke your penis through in a variety of amusing positions) to the robustly formalist “101 Places to Get Fucked Up Before You Die”, Urban Outfitters caters for all tastes.
There’s “Mini Babybel: the Best Recipes”, the companion piece to the original masterpiece, “Nutella: 101 Great Recipes” which set the literary world alight on its publication as a landmark in the emergent chocolate spread recipe genre. There’s a probing exploration into the depths of the human soul from the acclaimed memoirist Alexa Chung and a treatise on philosophy from that thinker of world renown, Karl Lagerfeld. Why, it’s not just books you can find in the books section – I accidentally stumbled upon a bit of bunting bearing the colourful injunction to “Party with my Bitches”, something that truly livens up any book pile – and highbrow tastes are catered for too with a pristine deluxe edition coffee table sized book bearing the title “Fuck You”. Who said literature was dead?
Were Woolf, Fitzgerald or Hemingway alive today, they’d be up at night trying to come up with masterpieces like “Photocrafty: 75 Creative Projects For You And Your Digital SLR” or “Understand Rap: Explanations of Confusing Lyrics for White People”. Joyce himself would feel humbled by the experimentalism of a work like “Why You’re So Awesome (Fill in the Blanks)” with its daring deconstruction of the relationship between writer and reader.
Of course, some might question whether replacing Lolita, Catch 22 or Tender is the Night with a book centered around sticking one's penis through a cut-out hole is a healthy substitution for literature. As bookshops die and hipster craft stores become the last place in the city to actually make a profit from paper pages, can we really rejoice at the fact that "Peek-a-Boo Cakes" is the first thing people are splashing out a tenner on?
But to take that approach is to ignore the fertility of these dazzling new literary forms. “Literature is the art of discovering something extraordinary about ordinary people, and saying with ordinary words something extraordinary,” Boris Pasternak once said. Who could take a book like "Nutella: 101 Great Recipes" and not agree?
Contemporary classics like “52 Things to Do While You Poo” promise fascinating new journeys for the reader that not even the author of Zhivago was daring enough to envisage - something that storied literary publishers like Jeff Bezos are helping to reinforce. Perhaps writers who want to keep literature alive just need to get off their pedestals and back on the toilet - after all, that might be the last place anyone has a chance of being read.
Posted by Dale Lately at 05:33