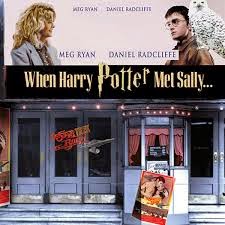 Yes! It's the time of year you haven't been waiting for - the results of our annual, "crowdsourced" movie mashup. The huge viral response to our call-out was overwhelming, with almost 9 of you bothering to send something in. Here are the "best worst":


The Fault in Your Star Wars
Young Luke Skywalker has feelings for fellow terminal patient Leia. But can he resolve his emotional issues with his father before the Empire vaporises the planet with an enormous photon beam?

Rain Man on a Wire
Brave remake of the 1988 classic, in which the stuttering Dustin Hoffman is placed on a tiny tripwire 1,300 feet above Manhattan to improve his self-confidence. With hilarious scenes of idiot savants plummeting to the asphalt in a scream-laden splat

Breaking Bad Santa
Walter White is a high school drama teacher with months to live – until he realises he can earn millions by secretly dressing as Father Christmas to small groups of children at department stores.  But will the dark and dangerous world of childrens’ nativity performance catch up with him?

Blue is the Warmest Colour of Money
Astonishing remake of the pool hustling classic, in which Paul Newman and Tom Cruise play 17 year old girls embarking on a lesbian relationship in a shadowy snooker hall filled with broke men. With copious scenes of sweaty, hairy thighs chafing on table felt

Fight Club Tropicana
The Wham! boys strip off and get down to fisticuffs, organising a violent conspiracy of anarcho-terrorists on top of a luxury speedboat. Featuring mullets, tanned surfers and agit-prop attacks on late capitalism

Driving Miss Jay-Z
Sensitive remake of the 1989 classic, in which rapper Jay-Z dons lipstick and floral gown to play a frail elderly white woman gradually won over by her chauffeur. Featuring non-stop use of new single “F*** Dem Ho’s” by Ludacris throughout


The Teen-Wolf of Wall Street
Young Jordan Belfort is a dashing banker on the rise – but can he stop shedding fur and savaging victims at cocktail parties?


Can YOU write as badly as this? If so send in more suggestions to dkstray@gmail.com!!!
Posted by Dale Lately at 02:19