I don’t want a Like button. I need a “Hmm” button 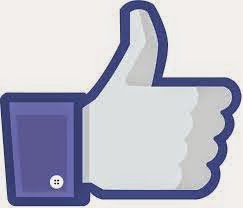 “Just after midnight on 19 August 2014, police received a call from a member of the public who reported concerns for the welfare of a woman who lives at a house on Wigan Road, Leigh,” the Greater Manchester Police’s Facebook page said. “On arrival, a woman was found deceased in the back garden.”

Alright, before you start – I get it. I know they’re not liking the murder itself. It’s a show of support for the investigation - though quite why anyone unconnected with the murder itself feels the need to go on a police Facebook page to cheer them on is quite frankly beyond me. Come to that, why the police are even on Facebook is a question well worth asking (Make new friends? Share photos? Sorry, am I the only one that feels it's somehow innapropriate for the cops to be on Facebook?)

That aside, my particular bugbear is with that “Like” button.

“Someone Liked your post, Dale,” commented a thoughtful friend recently, one who’s been attempting to give me a bit of basic media training. “Go on their page. Like their Like.”

“It’s good for your algorithms.”

I knew he was probably right. Still, like their Like? I don’t even like my own Likes. It’s not that Likes promote relentless narcissism or turn people into approval begging machines, nor even that they’re an easy route for arse-kissing and Facebook flattery (just watch how anybody famous or successful gets five thousand clicks of approval the moment they Instagram a piece of toast).

No. It’s just the name of it. “Like”. It’s a monosyllable. A digital grunt. Ambivalance, complexity and uncertainty: those are just some of the many things that this kind of binary language utterly fails to convey. It's like asking a pocket calculator to write a love poem.

I understand that people express all sorts of things by Liking something – support, admiration, guilt, friendship, I'd quite like to sleep with you – and that their feelings for doing so might indeed be complex and nuanced, with subtle reservations and caveats. If they’d called the Like button “express admiration in a complex and nuanced way, with subtle reservations and caveats,” then I might have liked it a bit more.

But they didn’t. They called it a Like button, and if you are attempting to express admiration in a complex and nuanced way, your subtle reservations and caveats regarding the subject are squeezed into a dumb, thumbs-up McEmotion. The Tesco Value Range of language. If supermarkets did feelings, they’d look like the Like button. In fact the purpose of the Like button is to turn feelings into a supermarket – in other words, the people really gaining from all these likes are the tech giants who are given indispensable data on their subjects in the largest project in customer data mining ever commenced on planet earth.

But I need ambivalence. I'm not good at smiling, surefire certainties. I don’t need a Like button. I need a “Hmm” button. Or a “Well... maybe,” button. Or, in other contexts, a “Oh, fuck, you're more successful than me...” button. I need lots of buttons to be honest, for expressing a whole range of emotions, and I need them combinable and re-combinable within a structured framework of signifiers that agglutinate to form semantic units - oh, hang on. That's a language isn't it.

Perhaps I shouldn't complain. Apparently several alternatives were mooted by the company prior to the button's introduction - “Cool!” and “Awesome!” among them. At least people aren't going on the Greater Manchester Police’s Facebook page to show how Totally Awesome they think they are. And perhaps I'm being snobbish to insist that language should express more than basic binary states; after all, many languages revolve around the grammar-free expression of real-time desire - most of them, as far as I know, spoken by apes. The Facebook Like is perhaps the most persuasive argument for reverse-evolution in human history. Reduce language to grunts and you help to reduce thought along with it. Baboons would really like the Facebook Like. Banana? Like! Water? Like! The Schleswig-Holstein Question? Er...

Well, good for the baboons. Perhaps Mark Zuckerberg could install a few of them in the Facebook corporate lobby: on current trends, it's a model of what the human race might look like by the time he dies. Now, let me go and share that awesome murder.